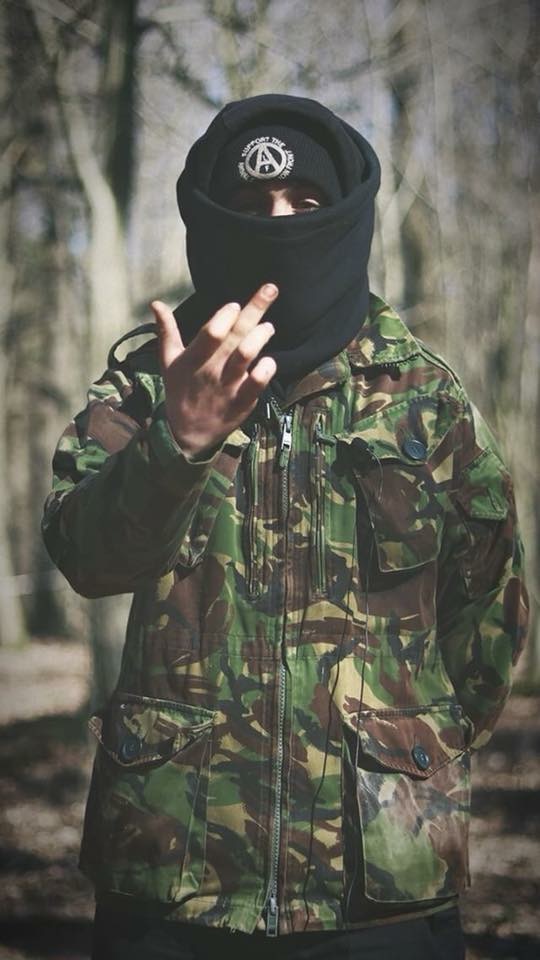 It has taken us quite a while to collect the footage but here is the speech we gave in the animal rights march in London last August. Many people requested us to upload it so after some time trying to find the whole video, here it is for you to share!

We would like to note that the human reading the speech was a volunteer and not necessarily affiliated with UA. We always attempt to put forward a different voice and our aim to push women and non binary voices will always be a priority. This year one of our followers stepped up to it and did an amazing job delivering the words we had put together and we couldn’t be more grateful.

If you are able to support us, we could do with a few more patreons.

Also, if you haven’t seen it already, we have a website you can check out!

Accessibility: we have pasted the speech in the comments. We apologise for the lack of subtitles and hope that this will be enough for those who are unable to listen to the video!

“Aren’t you angry enough? Unilever, one of the biggest corporate companies that use vivisection, are profiting from vegan ice cream. The tories voting that animals are not sentient beings and are therefore
unable to feel pain. Judges repeatedly pardoning and excusing hunting communities all over the country, just so they can continue their gruesome bloodsports.

Let’s remember why we are here. We are here to achieve total animal liberation, not to enlarge the vegan aisle in the supermarket. We are here to stand beside the exploited and aid them to achieve the freedom that is rightfully theirs, not to convert those who consume animal flesh into simply consuming veggie burgers with no rage inside of them.

Are you angry enough? The British state has kidnapped animal rights activist Sven Van Hasselt and will keep him for five years based on a law specifically tailored to stop him and his coworkers from bringing a vivisection company to the ground. The German government has taken UPiii behind bars because she dared to protect nature. The states have taken Red Fawn, Joseph Dibee, Walter Bond, Marius Mason and an uncountable number of people because they dared to act for a better world. Doesn’t that make you angry enough?

Let us read you a letter from an anonymous comrade that wishes not to be named:

‘It is the 5th of November. The day Barry Horne died. A team of four.

One van, one crowbar, one spray can. Another fucking shed. Filthy, full of scared chickens, piles of shit and a metal grid as a floor.

Systematically we load box after box until a hundred hens are waiting for us in the back of the van. One hundred animals from that day will live on surrounded by love until they pass. The camera person lets us know they have taken enough footage for a video. It has taken us twelve minutes.

I take special delight in smashing the machine that disinfects the eggs, hanging from the ceiling. I then turn back and focus on the conveyor belt that transports the eggs from the shed to the front room. The farmer probably doesn’t visit the hens more than once every couple of months. Everything is automated. Much better. The more machinery: the more to be destroyed. Behind me are eggs flying in all directions, smashing against the floor. The team has managed to flip up a pallet of packaged eggs and the floor is now dripping with a sticky mess.

Another shed, another night, another raid. This time, though, it isn’t enough with just taking some animals. I want the farmer to cry when they wake up in the morning. I want them to see the pain they are causing.
Fuck, I’d like to bankrupt them!

Someone points out the time. Twenty minutes since entering. The machines are destroyed. We’ve just about left the water and feed intact to make sure the rest of the hens don’t die.

I jump back on the van and sit on the floor with the birds. I pull a few eggs from my pocket and crack them open, showing the hens for the first time what probably is their favourite treat now. They seem happy, between the mess, splashing egg all over my face. They will be much happier tomorrow when they feel grass for the first time.

Meanwhile, I feel destroyed. I always leave a piece of myself behind, with all the other animals that I cannot take with me. Another shed, another night, another raid. Another step closer until each and every one of them are free’

This letter is just to show, one of the many raids carried out in the last twelve months. 431 animals in the UK have been reported as liberated and 20,000 partridges released to the wild since the last AR march. 431 animals plus as many unreported ones, plus the sabotage of traps and shooting towers, butcher shops, meat trucks and an uncountable list of actions to further the cause of animal liberation.

This amalgamation of actions between the overground and underground scene is the key to revolution. Diversity of tactics was, is and will be the only way to achieve systematic change. Direct action gets the goods, but by itself is ineffective if we don’t create social conscience of why morality and legality don’t align and if we don’t start supporting those behind actions and those behind bars.

Sure, spray painting ‘go vegan’ on the butchers in Kent didn’t get the butcher’s son to stop eating meat. However, it did start a conversation.
In newspapers and on the TV and on social media, arguments against the so-called vandals and discussions about the legitimacy of meat consumption popped up left, right and centre. That is the key to total liberation. That mix between the action and the effect it causes. The conversations that people will have afterwards. The questioning of any and all moral baseline that constructs our society.

There are only 3 ALF guidelines;
1. To liberate animals from their hell
2. To cause economic damage to those who profit from them
3. To not harm anyone, human or non-human in the process

We have been given the green light to announce something historical; after a few years gap, the UK now has an Animal Liberation Front Press officer. They can speak out for activists and explain their actions

What is it, that you need, to get angry enough?”