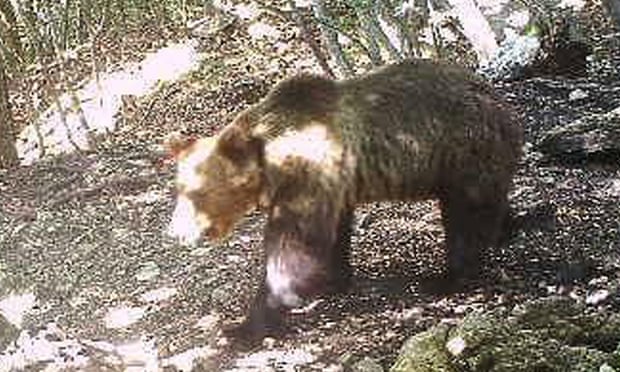 Casteller was on the news recently due to a mass action in support of the bears running wild in Italy and demanding the release of those imprisoned inside. The whole story is grotesque, where a system -run by humans in support of capitalism – will condemn bears to prison when accused of eating a sheep, or a goat, or the remnants in a trash bin. Multiple bears (who were reintroduced into the wild from other countries with the aim of increasing biodiversity) have fallen into a system where they are locked up and sterilised, condemned to live forever between concrete walls.

Two Italian women, Barbara Nosari and Stefania Sbarra have been in hunger strike since the 21st of September in an attempt to gain freedom for the bears in Italy. They sent their demands, that read: “Following up to what emerged from the recent CITES inspection at the Casteller, the hunger strike will be aimed at the following points:

Yesterday, when we last talked to Stefania, she said: “our action is very painful but we must bend them (the government). They must give the bears back the freedom they have stolen. Help us please thank you.”

When we were first contacted about this, the request was for us to share a petition for people to share, which we have categorically denied in multiple occasions due to privacy, security and effectiveness issues. We see this as a slightly different situation, so we will share the petition link with everybody who wishes to sign, but we would call everybody to do something more than sign a fucking internet petition.

Two people are facing immediate death due to the inactivity of the Italian government. Multiple bears are facing life in prison because of the greed of animal agriculture. Wherever you are in the world, it is now a good time to make your voice heard. There are Italian embassies in most countries in the world. That might be a good starting point to elevate the voice of the two humans asking for help.

This is your moment to save multiple lives. Take it serious.

Link to their petition: http://chng.it/m7TGNg8d

FIRE TO ALL PRISONS. FIRE TO CASTELLER!