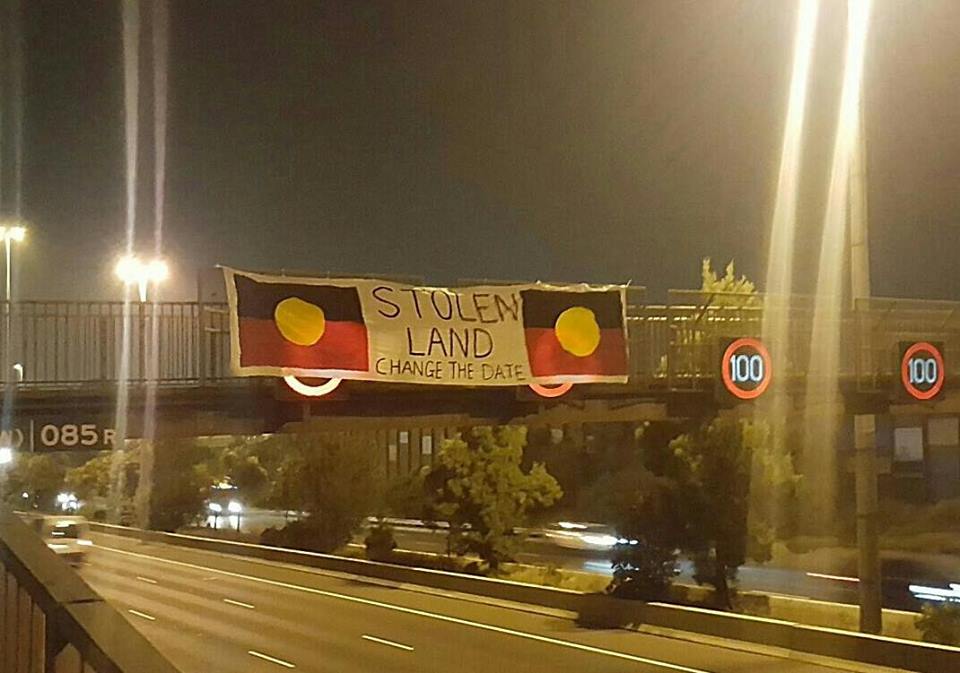 In the build-up to #InvasionDay2018, there have been reports of multiple actions of solidarity with indigenous people in ‘Australia’.

The Australian state and all of its institutions are built on genocide, slavery, and oppression. January 26th, Invasion Day, marks the anniversary of the beginning of European oppression in Australia.

Numerous banner drops have occurred, with one in particular reading ‘NO PRIDE IN GENOCIDE – JAN 26 = INVASION DAY’.

‘This action was taken by non-Indigenous people as a minimal act of solidarity with the ongoing struggles of First Nations peoples.’

AUSTRALIA IS A CRIME SCENE. SOLIDARITY WITH OUR INDIGENOUS BROTHERS AND SISTERS.