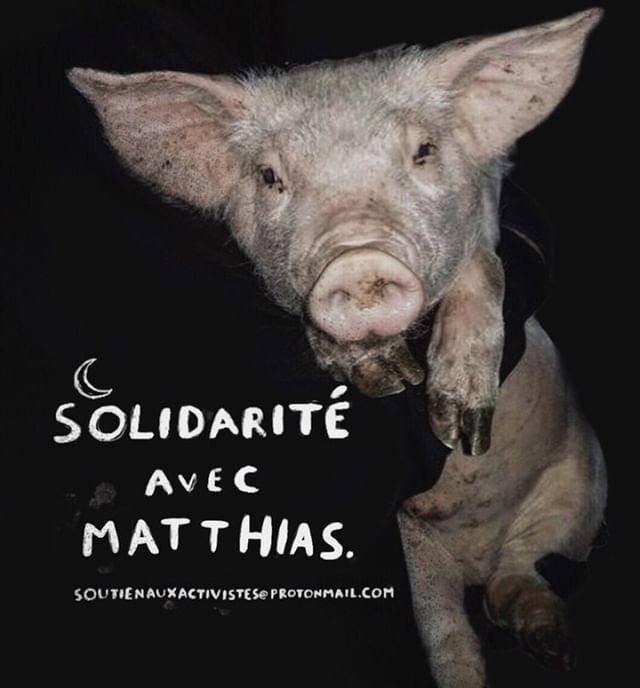 Regularly, when publishing anonymous reports, folks tend to leave celebratory and encouraging comments. It is not surprising that some people feel very happy when the animal agriculture industry is under attack or when a few animals are helped out of their cages. It is probably also good to see those comments for those who have taken action, making them feel like they should carry on. There is one standardised comment that we have tried to fight off multiple times without much luck and we would like for folks to rethink their position.

When we compare people to heroes, angels and some other supernatural concept we are creating a barrier between “everybody” and “hero”. We create a hierarchy where those who manage to help a few animals free are in a much higher position than everybody else when anyone can take direct action. By comparing folks to heroes, we are telling everybody else that they are “highly skilled” and “away from everybody else”. Everybody can take direct action to change the world.

This would not be half as bad as it is if there was more solidarity with people facing legal trouble. We have been reluctant to post about this, but it has reached a point where if we don’t call people in, we don’t believe things will change.

It is not only ridiculous but also incredibly sad that whilst pouring comments of hero-worshipping towards people taking action there are folks in need of serious help that are being completely ignored. There are three cases right now we want to bring up to you, and we want people to read about them, to share as much as they can and to donate what they can to help them.

Let us remind you that without prisoner support, direct action would not exist. Without the support of everybody, those who feel like they are willing to break the law are a lot less likely to do so. When someone knows that if they are caught there will be a network of support raising funds for fines or writing letters to them in prison, they are much more likely to not care about consequences. So this is a very easy equation. If you like people taking action, you should be willing to support them as a bare minimum.

(FIRST CASE EDITED OUT AS WE DO NOT WANT TO PROMOTE THE PERSON AFTER RECEIVING SOME INFORMATION).

The second case we want to mention is Matthias. Matthias has been in preventive prison for 8 months now, getting another two months added to the preventive sentence every time they are ready to be released. They were accused alongside two other comrades of window smashing as well as destroying speciesist advertisements and posters and of destroying a slaughterhouse. Even tho the prosecution does not have any evidence to pin Matthias down, they have kept them locked up “in case they do something else”. This is just more proof of how racist and classist the prison system is, and Matthias needs as much help as they can get.

Their support group alongside other groups in Europe have called for autonomous action of whatever kind that leads to their release. This is not a simple “showing solidarity with Matthias” but taking serious action that puts pressure on the Swiss government to do something about it. Wherever you are, there has to be a Swiss embassy that can be visited, maybe during the day, maybe during the night.

They also have a link to help them with all the costs that prison have. Only 15 people have donated through that link, even tho it has been up for several months. Matthias needs a bit of help, and we should all be helping.

And keep a close eye to their support page on Facebook.

The third case that we need to bring to your attention isn’t by an activist doing unaccountable actions, but still an important case to support. A comrade from Brighton was arrested in a McDonald’s during a protest, and they are facing two different charges because of it. Multiple calls to action have been made, overground actions as disruptions and protests but also underground actions like smashing windows of McDonald’s. There was certain traction during the week of the court trial, but then it died down again. Their next day of trial is the 12th of September and the call to action still stands, so folks should be taking whatever action they can to fight back McDonald’s and to show solidarity with the comrade. They are using #disruptmcdonalds on social media to share actions.

There is no alternative but solidarity. Without solidarity, our movement dies down, diluted in vegan capitalism crap, and becomes assimilated by the corporate. Without acts of solidarity, our comrades will not carry on pushing forward because they will not feel safe if worse comes to worst.

From Unoffensive, the biggest chunk of donations goes straight away to prisoner support. We don’t manage to help even a small fraction of what we should, and we understand that some folks prefer to send cash to specific campaigns than to a pool of money for anyone that needs it. Some folks prefer to remain anonymous and not make their legal struggles public, so the only way there is to support them is for groups like the ALFsg or us to send them cash. If you want to help, join our Patreon below. Or at least, send some cash through the links above. However it is, help out activists in need instead of vegan celebrities. It’s about time we shift the tide.

So where do you stand? How are you showing solidarity?