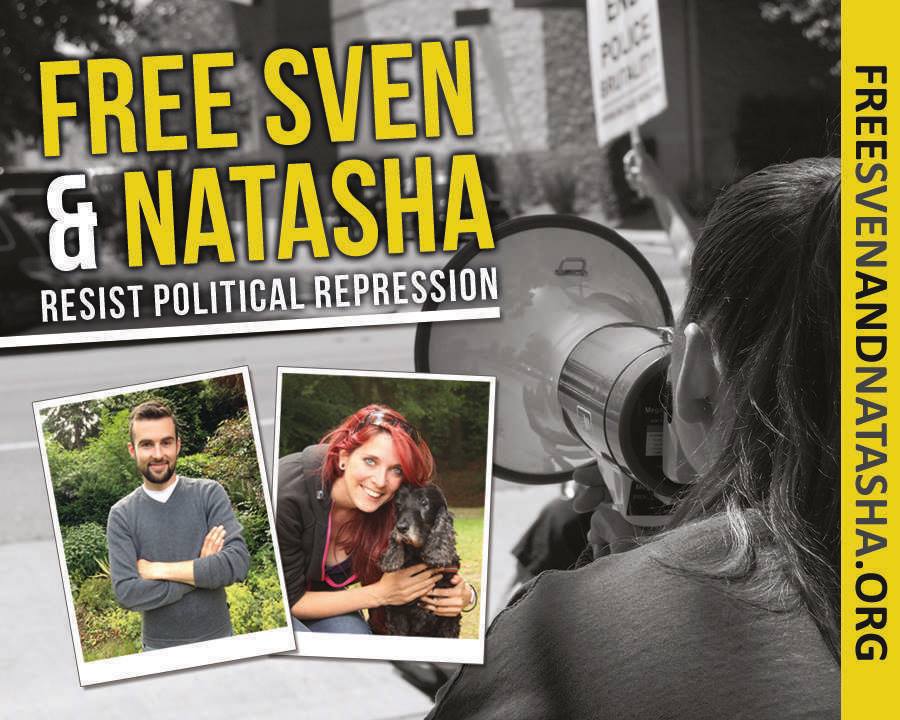 Sven and Natasha were sentenced yesterday. Charged with “conspiracy to blackmail” on their involvement with the highly successful SHAC campaign, Natasha was given 2 years in prison suspended for 2 years (which means that her conditions will be horrible and alienating and that if she breaches ANY she could be sent to prison) whilst Sven was given 5 years in prison.

This is a show of the state repression and their protection of capitalism. This is another example of how the system works to protect itself, to put profit over anything else, to eliminate the threats.

Sven, Natasha and many others involved in SHAC were true warriors against vivisection. They were fearless and they were effective. They run a campaign so incredibly powerful that the government had to make up laws to stop them.

Don’t let the state win and do not let Sven or Natasha feel alienated.

UNTIL EVERY PRISON IS A LIBRARY.