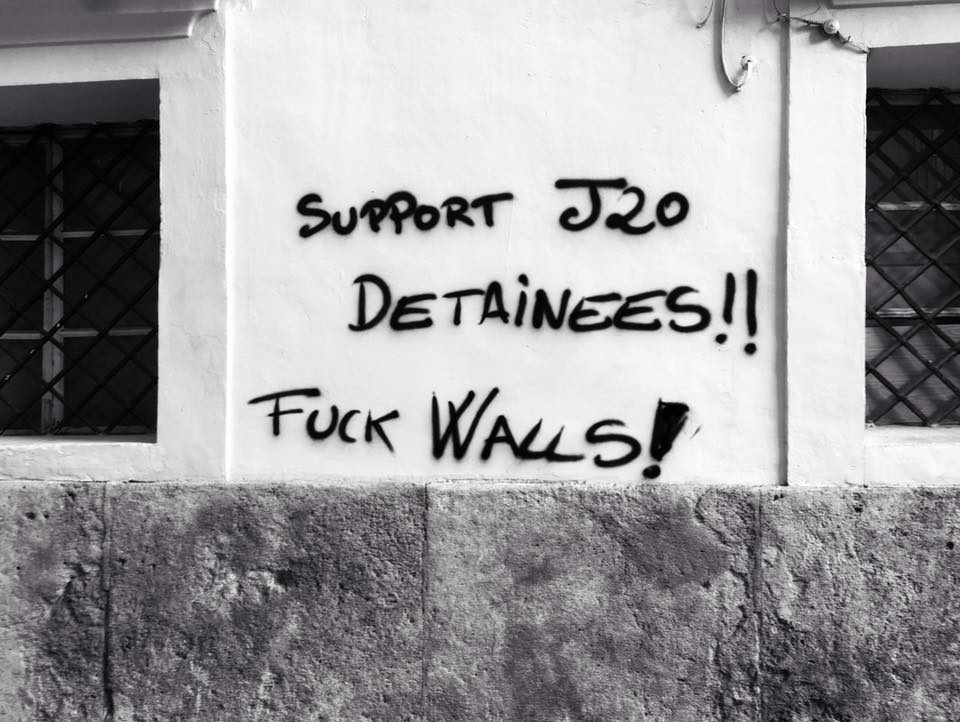 “Under the ‘CALL FOR WORLDWIDE SOLIDARITY WITH THE J20 DEFENDANTS’, an autonomous group of anarchists decided to take action against the so-called ‘United States of America’ consulate.

We set off in the early morning with bags full of Christmas balls filled up with paint. On arrival, we redecorated the consulate with black, red and green all over the building.

Taking advantage of the many banks around the consulate, we allowed three noise bombs to explode causing the alarms to go off and aiding our voices of rage and solidarity to be heard even further in the middle of the night.

This murdering system is rotten and we stand in solidarity with our compañeros against Trump and the democratic system we are forced to live in.

This is just the beginning, our anger can only increase, our fight against the state and the system will prevail until all political class and upper class drown in it.

Drop the charges against our comrades at J20.