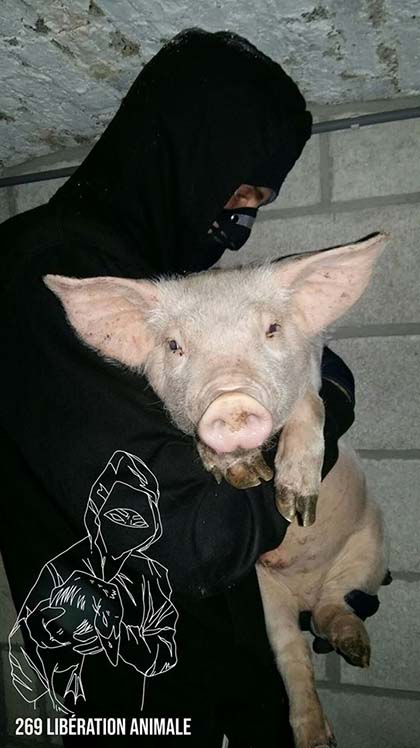 “This night of 1 January 2019; first of the year, the corpses of millions of animals were on the tables.

Tonight, while most of you are feast, millions of them resist, struggle in dark and gloomy places. Waiting for a death that won’t be long.

Tonight will be his first without struggle, where he finds his freedom denied until now.

Last night in Belgium, a thin handful of activists helped a small piglet (named Matthias) escape from a death building. He is on his way to a land free of all constraints of humanity.

Tonight, certain.e.s of our brothers and sisters of struggle are always deprived of their own freedom. Despite this we continue to resist alongside the oppressed.

We see you
We hear you
We love you”

One Reply to “PIGLET LIBERATED FROM A FARM”