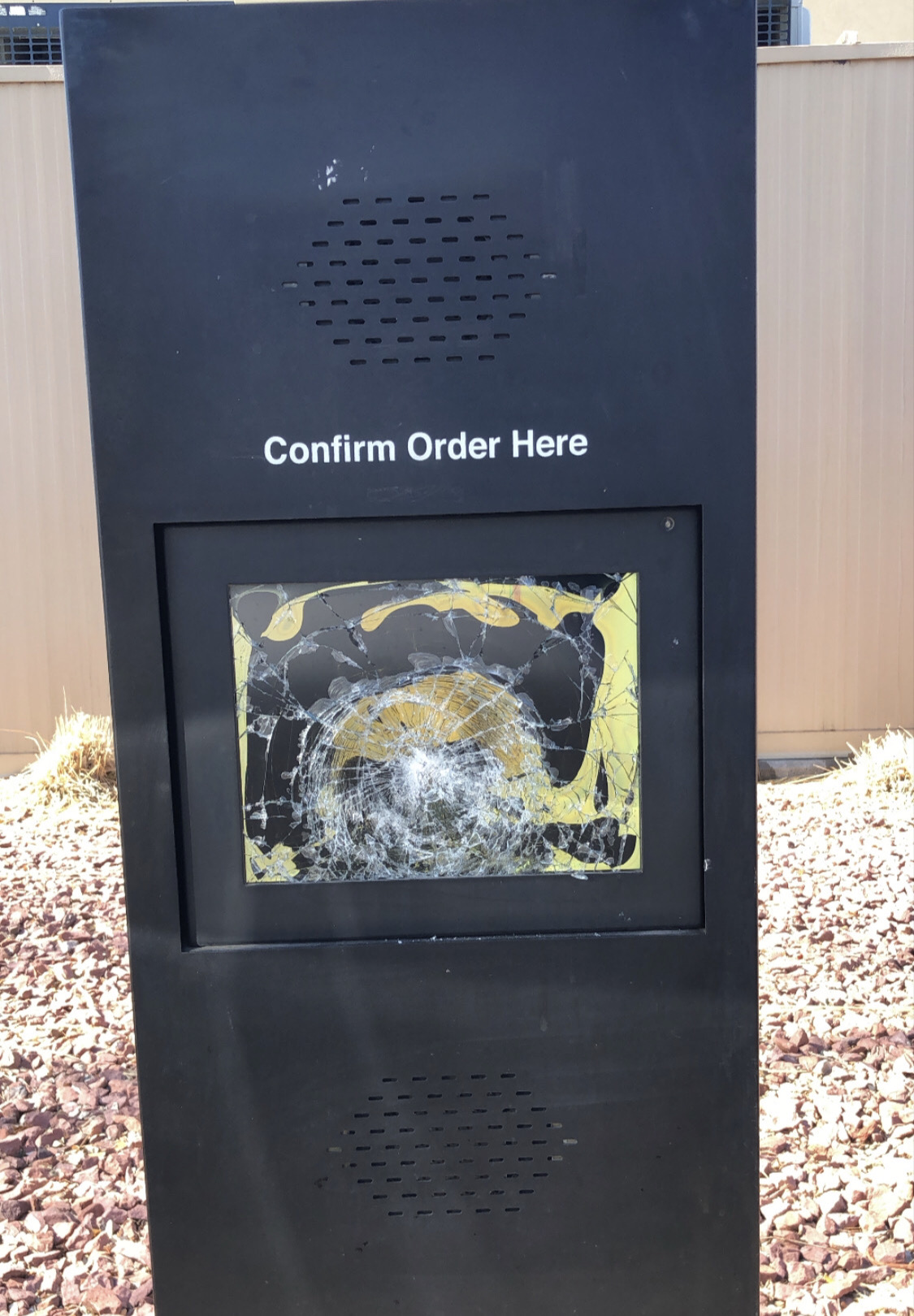 “DELAYED REPORT
On February 17th, a Dairy Queen in Loveland, Colorado was celebrating their record sales of stolen milk of r*pe victims. This location has had the highest volume of all DQs for both 2018 and 2019; the capitalists must have been over the moon. There was a protest from a local vegan activist group, but underground activists decided to give them a message that was harder to ignore. The fall of night came and we went to work. “Dairy = r*pe” was  painted on the side of their building, only to be haphazardly covered up with a cardboard sign the next day. Once a few other messages were left, their ordering screen met an all-too-eager hammer to sting their pockets and help their embarrassment level just a little more.

None are free until all are free. Will you stay stagnant in the face of this oppressive capitalist system? Or will you allow all these goings-on of the world to radicalize you and do what you can to fight back? Don a balaclava, practice mutual aid, continue your online activism. Whatever you can do, don’t give up. We’re approaching a turning point in world history. We can create change.

EDITOR’S NOTE: We considered not publishing/editing this report before publishing because of language. We relied upon advice from other folks who have been doing this longer than us and decided that we cannot police what the reports read but that it is important to encourage folks to discuss these topics.”