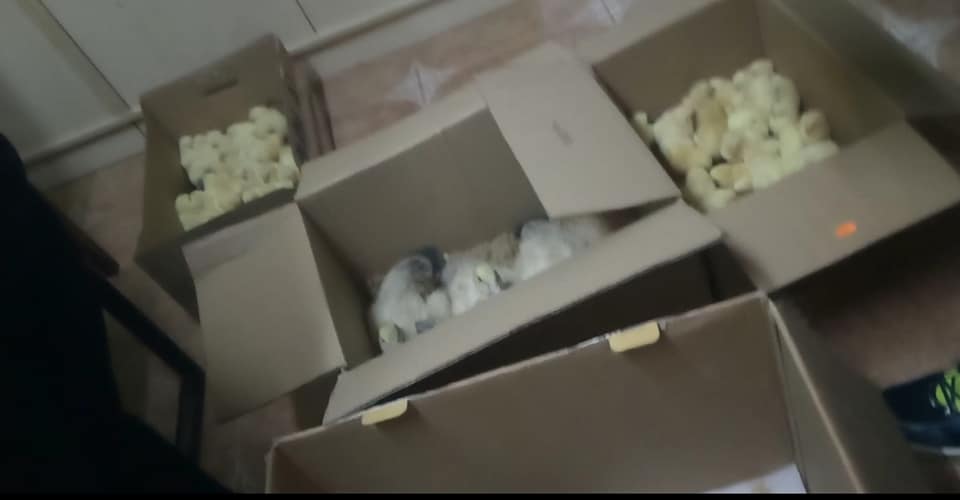 “On entrance to the farm, as always we checked the farms bins first. as we opened the lid this duck lifted his head and opened his eyes, he was full of blood and laying amongst loads of dead bodies that were already decomposed.

i went in to pick him out of there, my hands going into the body fluids of the other poor ducks, some babies, some adults, the smell was nauseating…

he is now doing fine in a refuge.

if there is no demand there will be no suffering