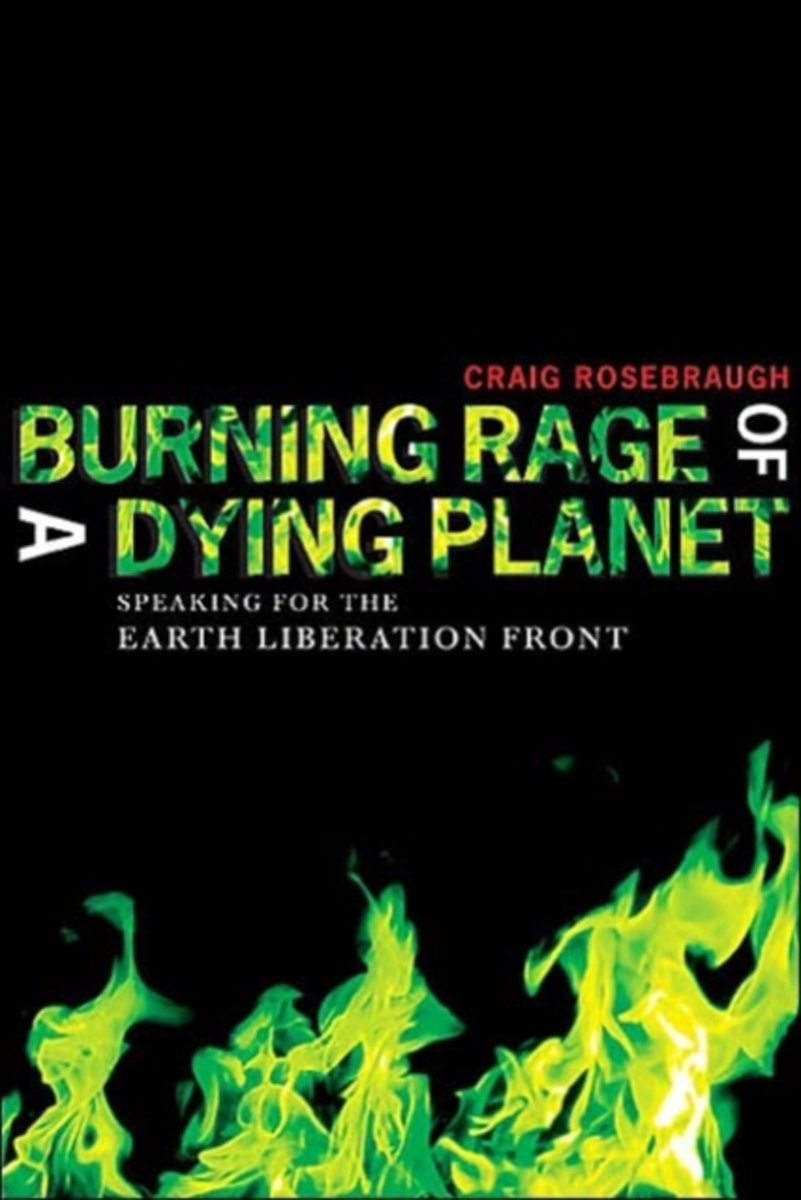 A Burning Rage Of A Dying Planet, by Craig Rosebraugh, is a book that features the experiences of Craig as the Earth Liberation Front Press Officer, from the moment on which they receive the first ALF communique and realise they need to put it forward towards the press to the subsequent ELF actions throughout the USA and the work that the press office does to try to give a voice to anonymous activists.

It gives a good insight into how the government and the police spend resources to prosecute those who release direct action news to the public and try to silence folks who believe that those news are worthy of press and conversation. It also explains the experiences of facing a grand jury and being forced to talk in front of them with the threat of prison.

All in all, it is a good book for those who want to understand how the ALF and ELF evolved through the 90s, how those direct actions taken by the forest elves were intrinsically connected to pressure campaigns and how the authorities will try to control the narrative about what is deemed newsworthy and what is understood as “promoting terrorist actions”.

It is also interesting as an analysis of how 9/11 revolutionised the concept of “domestic terrorism” pointing at completely non violent actions taken by earth and animal liberation activists.

At the end of the book there is an interesting thought process that many press officers have mentioned in the past as the main reason for their cease as PO. The acceptance of ALF and ELF activists to remain completely non violent, and the possible need to expand the toolbox away from non-violence if the world has to be changed.

Email your nearest radical bookstore and ask them if they have a copy. Amazon probably carries it but Jeffrey Preston Bezos is a piece of shit that does not deserve more money, so if you can, avoid it.