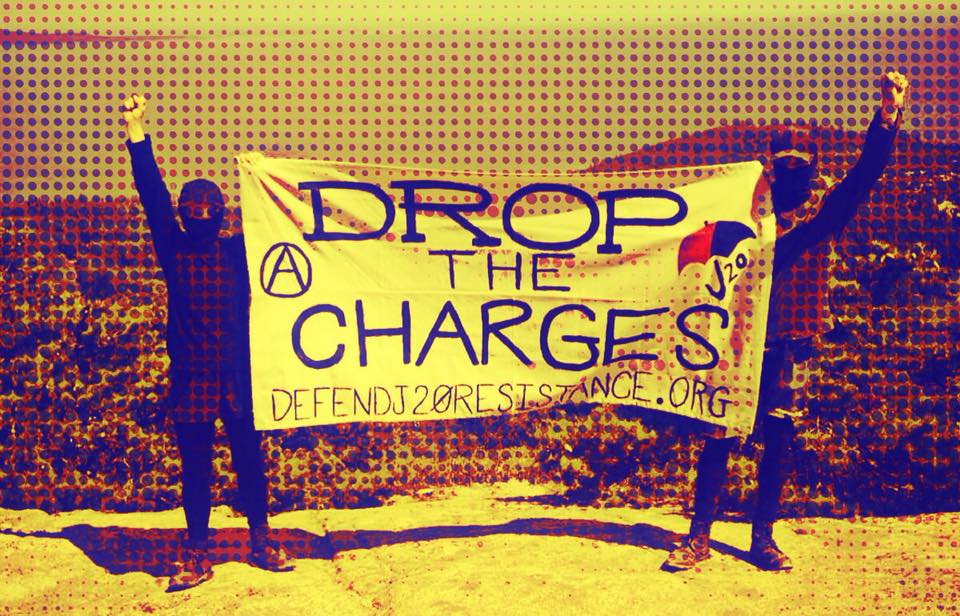 On January 20th, 2017, tens of thousands of protesters welcomed Donald Trump’s Inauguration Day with blockades, protests and militant actions. As a result, the state arrested 230 people and 200 of them were later charged with “property destruction”, “inciting a riot”, “conspiracy to riot” and “taking part in a riot”. This means that each one of these people is facing 61 years in prison.

A call to action has been announced for the 20th of January, 2018, to show solidarity with the defendants.

Banner drops, graffiti, anti-capitalist stalls, anti-fascist documentary screenings and militant actions are encouraged under the frame of “Call for worldwide solidarity with the J20 defendants”.

Show them love and solidarity and do your part. Show the estate wherever you are that repression against our comrades will only increase the chances of an uprising. Make the governments afraid again!

SOLIDARITY WITH OUR ANARCHIST COMRADES!