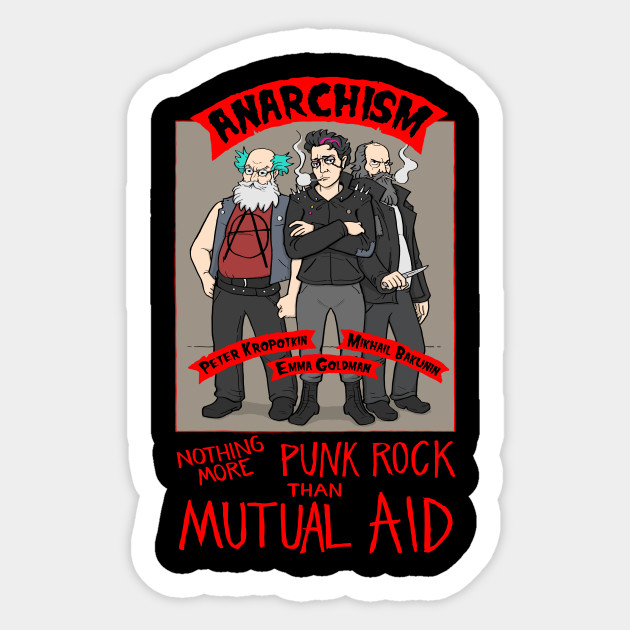 Mutual aid has been in the spotlight recently in light of the current crisis, but what exactly does it mean? And what makes it a powerful form of anarchist praxis unique from charity and volunteering?
Well, ‘mutual aid’ is essentially the very radical notion that co-operation, rather than competition, is what drives communities forward. It is the most practical expression of solidarity, aiming for everyone to be taken care of, incentivising but never expecting reciprocity. It is decentralised and grassroots, relying on the collective skills, resources and efforts of the community rather than state intervention or making demands.

In the animal kingdom, it is second nature – Kropotkin’s evolutionary observations in “Mutual Aid” displayed how mutual support networks, rather than mutual struggle, play the greatest role in species prosperity. But like most forms of commonality that pose a threat to capitalism in all its neoliberal individualism, our instinct for mutual aid has been ironed out and repressed. Organising in this way is therefore a display of solidarity which threatens to crush the destructive fallacy of “Every one for himself, and the State for all”. It breeds a form of collective abundance that endless economic growth will never succeed in creating, and that the state will never understand.

Reclaiming it is taking the fuck back our humanity, our animality, from the capitalist machine. Practicing it, is an act of resistance and an embodiment of an alternative system that we can carry out here and now; anarchism does not sit around and wait for capitalism to collapse. It lives and breathes in the present. Now more than ever, it is not something you pray for… it is something you do.